Former local UNESCO Head, artiste manager and carnival adjudicator, Mr. Eugene Gittens, is calling on Senator the Hon. Norland Cox and new Chairman of the Spicemas Corporation, Mr. Kelvin Jacob, to kindly reconsider their decision to reduce the finalists in the soca & groovy competitions to only ten (10) participants.

While he agrees that the shows (especially the power soca monarch) has been a bit drawn out in past years, Gittens believes that reducing the finalists from sixteen (16) last year to ten (10) this year, is a bit extreme. Alternatively, he is proposing a compromise of twelve (12) finalists minimum for both shows (with the defending monarch either added to that number or included).

This he says will give a few more artistes the opportunity of being on one of our Biggest Carnival Stages and help in the continued development of our culture and artform.

Gittens believes that there are many other things that can be done to reduce the length of the shows – one of the concerns cited for the change. Chief among them he says is better production and enforced time limits on skits, video presentations and performances. “For example, some artistes spend way too much time on stage trying to get the crowd to follow their instructions, wave and now run with something. If time limits are imposed and the production is right, this would open up space for more artistes, without overextending the shows.”

He says he also does not see any reason why Grenada should have to follow or fall in line with the number of finalists in other regional competitions. We are obviously doing something right here already, he says, as our artists are among the best in the region, evidenced by their successes at the recent International Soca and Groovy Monarchs in Trinidad.“What that might just have been over the years was ensuring there is enough opportunities at the highest levels of competition for all deserving artistes.” 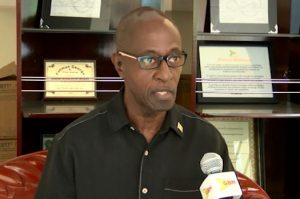