The Queen’s Birthday awardees have been named for 2019 and four Grenadians are on that list.

“It was rewarding, it was with some form of humility, it was surprise and it was a fulfillment of maybe all the things that one has worked for throughout the years…. But getting one is something that makes you feel honoured.” Ms. Charles told GBN.

Presently Grenada’s Ambassador to Cuba; Charles receives the Commander of the Most Excellent Order of the British Empire (CBE) for services of education, trade unionism and foreign affairs.

Charles told GBN in an exclusive interview that she hopes that her award will serve as an inspiration to others.

“I hope to inspire young people and I hope to inspire women, especially persons who have come from humble and poor backgrounds. To let them know that throughout your life it may be a challenge, it will be a struggle, but you can do it. Just continue to do the best you can, where you can to all whom you meet and one day you might or might not be rewarded. But everything is achieveable.”

The Office of the Most Excellent Order of the British Empire (OBE) goes to medical doctor Michael Radix for services to health and community service.

Dr Radix has given more than 50 years of service as a medical doctor.

Also honoured is Sylvia Nyack of Paraclete St Andrew, who is known for her many ventures in varying types of businesses and her commitment to community development.

She is known for giving assistance wherever it is needed within her community.

Nyack receives the Member of the Most Excellent Order of the British Empire (MBE) for service to business and community service.

“I feel humbled, filled with gratitude…. So whoever nominated me I want to thank them… they probably know the good things I have been doing throughout the years and they decided to nominate me and I am happy for that. I feel delighted, elated to have that honour and I am happy for that and will continue to do the good works. When you do good, good will always follow you” Ms Nyack expressed when contacted on her award.

Longstanding calypsonian Raphael Anslem Johnson “Croquetta” received the award for service to culture. He will be bestowed the British Empire Medal (BEM). 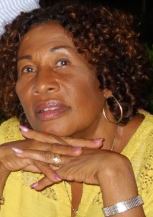 Rental of Mall Space on the Rise