The Prime Minister at the meeting expressed confidence in the office of Attorney General, now headed by Darshan Ramdhanni.

The visit formed part of a series of engagements with the Prime Minister involving the varying ministries.

At the Wednesday held meeting, the Prime Minister said there needs to be greater efficiency within the legal system.

Referencing a forty million dollar responsibility that government now has to honor, as a result of court rulings, the PM says government lost many cases, as it did not put its best foot forward.

“We have lost a number of cases because we have not put our best foot forward. This cannot be allowed to continue. The ministry must have the appropriate staff to efficiently carry out the duties expected of it. The Ministry of Legal Affairs can in fact make or break this Government.” The Prime Minister said.

He is further quoted as saying “Government cannot shirk its responsibility to compensate persons but when you have to find massive amounts of money to pay for cases that may have gone completely different with better representation, it is a hard pill to swallow.

It is this statement that former AG Cajeton Hood is challenging.

Hood said the PM is insinuating that the Government lost certain cases due to poor representation and is challenging him publicly to list the cases that he thinks would have gone differently with better representation.

Mr. Hood says when he was Attorney General and Dwight Horsford Solicitor General, there was no case that he recalls that came to legal affairs that would have been decided based on representation.

The former AG, who held the office from 2013 to 2017, is calling on the prime minister to list the cases which have resulted in the forty million dollar debt in legal claims.

“Allow me the freedom to speak to the public regarding what advice I gave the government on those cases, because if he wants to point the finger on the legal team in Legal Affairs, I am refuting it emphatically. I defending Mr. Dwight Horsford and all of the councils in Legal Affairs while I was there, because I know we worked on weekends, holidays, in the night to try to defend the actions of this administration.” Mr. Hood told GBN.

In a further written statement directed at the Prime Minister Mr. Hood wrote “if you untie my hands I can speak up fully and publicly about the salary deduction and pension and other issues also!”

In a previous interview with GBN, when asked if there was any falling out between the PM and the Former AG, as many of the recent cases against the Government were represented by Mr. Hood, he said there was no bad blood between them and the clients came to him for representation. 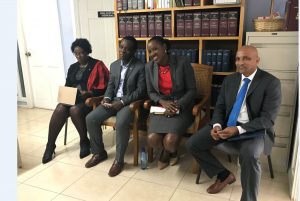 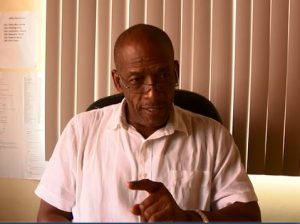