The newest rum distillery in Grenada had a close call with a brush fire on Monday night.

The fire threatened a newly planted cane field, engulfing an area close to the crop in Hope St Andrew.

When GBN visited the site on Tuesday, the smell of burnt trees and bagasse was evident, as workers of Cane Co were still seeking to ensure that the fire was fully contained.

Local director for Cane Co and Renegade Rums Graham Williams says they have yet to determine the cause of the fire which occurred on the outskirts of the sugarcane field in Hope St Andrew.

“The firemen fought the fire and I think they had it under control by about 10pm, they left but it reignited about 4 in the morning and actually it spread along the edge of the field,” Williams told GBN.

The Director says around eight on Monday night they were notified when the fire department responded and during Tuesday the fire still had to be contained.

No visible signs of damage to the sugar cane were evident.

The fire was also no threat at the time to residents.

Williams adds that countermeasures would be taken to prevent such a situation in the future.

The local director for Cane CO and Renegade Rums commended the swift response by the fire department in extinguishing the flames. 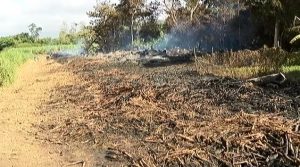 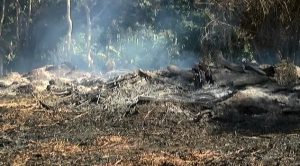