Another incident of dogs attacking sheep has been reported.

Jessie Collins of Calivigny St David’s says for close to forty years, her property has been a target, with the latest incident on Monday morning, where two lambs were found dead on her farm.

Collins says since 1982, she has been involved in farming.

Amidst production, there comes a never-ending problem of dogs attacking her farm animals.

Frustrated, she reached out to GBN on Monday, after discovering two of her lambs, dead.

“I called the police several times they never came… up to this morning I called them” she told GBN, complaining that a big brown dog from a neighbor is always on her property.

She says years of conversations with the police have not yielded any success.

She says when the report was made to police today, the responding officer suggested she try and verify the owner of the dogs.

Collins says she is now at wits end, for solutions.

“Nobody is doing anything. Animals are coming and destroying the garden… called the larceny police, nothing” the farmer complained.

An officer of the South St. George Police station confirmed to GBN the matter is being investigated.

The RGPF meanwhile, in conversing with the GBN on the matter, is reminding owners of regulations surrounding ownership of dangerous dogs, under the Dangerous Dog Act.

Part of owner’s obligation is to ensure that their animals are kept under proper control, properties are securely fenced and that they are in possession of a policy of insurance of no less than 250-thousand dollars, amongst others. 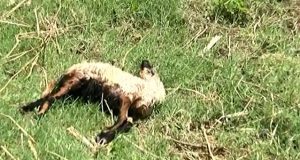 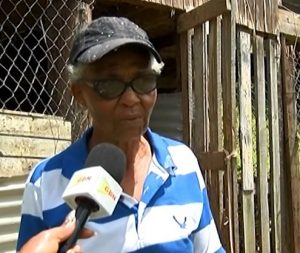