According to organizers more emphasis will be placed on men, as they often conceal their feelings, in a bid to appear as the stronger sex.

Founder of Ending Stigma Grenada and wellbeing trainer Nathalie Simon is spearheading the initiative, which will be celebrated on Thursday, October 10th, under the theme “suicide prevention”.

She is encouraging the public to be a part of this initiative in an effort to raise awareness and also give individuals an opportunity to speak freely in an open space.

She made a special plea to men to a part of this therapeutic talk, saying they tend to be macho and hide their feelings.

Simon says based on the nature of the retreat, which will be held at Mt. Granby, St. John, there are a number of restrictions that must be adhered to, including no photography.

However, the registration process is easy.

Interested persons can email Simon at endingstigmagrenada@gmail.com or via mobile 537 2745.

The wellbeing trainer said the launch of her program, Ending Stigma Grenada, has allowed many people to reach out.

She believes more needs to be done where mental health is concerned in Grenada. 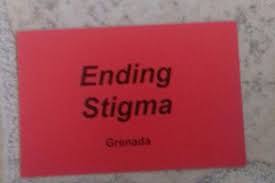 PAM Back in Operation