A local attorney is calling on parliament to revisit its laws set in the colonial era, as Grenada takes up charimanship of the UN Committee on  decolonization.

Grenada’s Permanent Representative to the United Nations, Keisha Mc Guire, was elected by consensus, as chair of The Special Committee on decolonization, as it opened last Thursday.

Commending the appointment, local attorney Jerry Edwin noted that a large portion of the members of the United Nations are former colonial territories.

He says the special committee on decolonization has played an important role in ensuring a level ground between the colonizers and their former colonies.

As Grenada now chairs the committee, he is calling on parliament to end some of these colonial era laws, if Grenada is to hold such prestige at the U.N.

He says as chair, Grenada wouldn’t want the curtains pulled back to reveal a host of colonial laws.

He believes parliament should meet immediately and remove laws that infringe on human rights.

He is of the view that the chairmanship is roiled with hypocrisy, as Grenada still maintains a number of colonial era laws, unlike many other former colonial countries.

He referenced the factory law, saying it was created under the old days of the sugar and other plantations and Grenada has not amended since to include health and safety regulations that would safeguard workers.

Another law he referenced to support his case was the law that prohibits drumming within 3 miles of the city centre. He says if the law holds true, drummers are in breach every time they beat drums in places like the Botanical Gardens.

The most infamous of the lot is says however is that of flogging. He says Grenada is the only country in the region that subjects its citizens to this inhumane form of punishment.

Edwin has long been a staunch advocate for the abolishment of corporal punishment, which he sees as a violation of human rights. 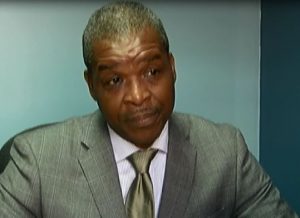