The newly elected political leader of the national democratic congress is against what some have labeled as a parallel public service.

This has been a contentious issue for public sector unions amid concern that workers are placed on contract and are not entitled to benefits that are offered to mainstream public officers. 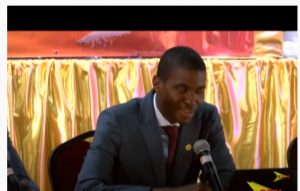 GARRAWAY DO IT FOR THEM