Several veteran cricketers were recognized during the lunch time interval of the 4th ODI between West Indies and England, for their roles and contribution to the game and national development.

Prime Minister Dr. Keith Mitchell who is supposed to be at the CARICOM heads of government meeting ongoing in St Kitts, flew in specifically for the auspicious occasion.

Although having the Junior Murray and Rawle Lewis stand already named in their honour, the two stalwart cricketers who represented Grenada at the highest level of cricket, the senior West Indies team, were officially recognized during a short ceremony at the lunchtime interval of the West Indies-England match.

Devon Smith for his 37 first class centuries was the man of the moment however, with the Players Pavilion being named in his honour.

He called for recognition for  Junior Murray of River Road, St. George, Rawl Lewis from St. Andrew and Devon Smith from Patrick.

Rawle Lewis who is currently the manager of the West Indies team says he is elated to be officially recognized.

He says he feels proud to be recognized by his people.

Lewis also weighed in on the Players Pavilion being named after Devon Smith.

He said he was happy for Devon, who now has 37 first class hundreds, a highly commendable feat. 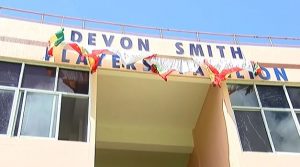 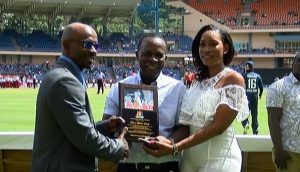 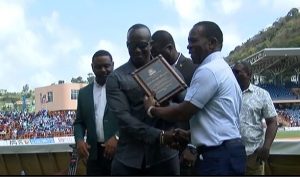 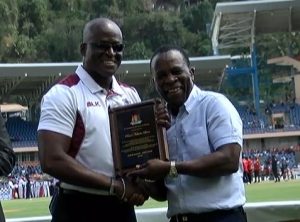 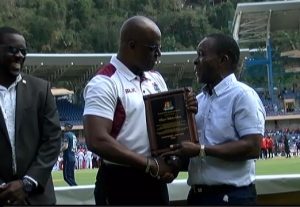 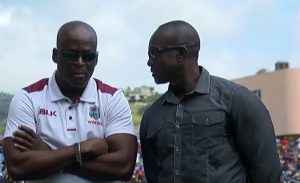