One of the country’s most divisive periods in its history has come to the fore again.

Mrs. Phyllis Coard passed away on the weekend and has triggered a wave of emotional responses among the populace.

Mrs. Coard served as minister of women’s affairs during the Grenada revolution, from 1979 – 1983 and was co-founder of the national women’s organization.

She died on Sunday at her home in Jamaica at the age of 73. 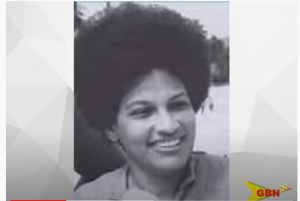