Cracking Down on Police Corruption

The Royal Grenada Police force says it is increasing vigilance as it seeks to crack down on corruption within its ranks.

The Community relations department has now received additional responsibilities, that of Professional standard, research and development and audit and inspection.

One issue that has taken center stage is the acceptance of gifts by officers for services rendered.

Investigating this and other areas is now the responsibility of the Community Relations Department.

Corruption issues which plagued the force in the past ranged from sexual abuse cases to fraud.

The RGPF under the command of Acting Police Commissioner, Mr. Edvin Martin, has taken steps to address anti-corruption, among other concerns.

Head of the Department Superintendent Vannie Curwen, says as it relates to professional standard, they are focusing on the image of the force as in the past couple months, the acceptance of gifts, by police officers, rocked the force.

He says if one is found guilty of such offence, there is an investigative process that follows.

The community relations department, he added, will also look at Auditing the branches and divisions for consistency and compliance with regulations.

The audit process he says also entails keeping of records of petrol sale. 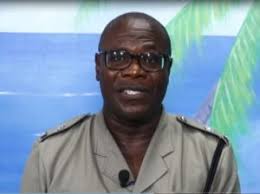 Index Insurance For Farmers and Fisherfolk