The Financial Intelligence Unit of the Royal Grenada Police Force has confirmed that a sum of counterfeit EC paper notes has been confiscated in Grenada.

The Eastern Caribbean Central Bank (ECCB) therefore advises the public to be alert when conducting transactions.

The ECCB further advises the public that features of genuine EC paper notes include:

The ECCB wishes to remind the public that counterfeit EC notes have no value, and that it is a criminal offence to use or be in possession of counterfeit notes.

Persons who think they may be in possession of counterfeit EC notes should take them to the nearest police station or to the ECCB Agency Office, St Matthew and Monckton Streets. 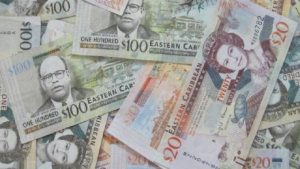