Breaking his silence again on issues within agriculture, former senator Keith Clouden just as he advised the poultry association is doing the same for beekeepers with the exportation of honey to Trinidad.

Citing commitments under the revised treaty of Chaguaramas establishing the Caribbean community (Caricom), Clouden says no ban should be in place.

The fight against Trinidad’s ban on honey from Grenada has been ongoing for several years with small successes achieved within the last five years.

Clouden says he had personally advocated for the lifting of the ban on Grenada’s honey to Trinidad.

However, despite several engagements and plans on the part of Trinidad in 2018 to remove restrictions on the importation of honey from Grenada, no real progress has been made.

The former senator is once again bringing the issue to the surface.

CARICOM in 2017 had pressured Trinidad and Tobago to remove the ban which prevents the importation of honey from other CARICOM islands into the country.

Da Breo confirmed to GBN no progressive update has been given on the lifting of the ban by the Trinidad and Tobago government. 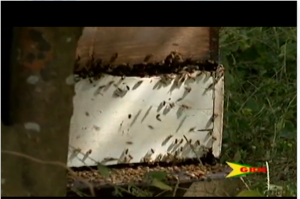 FROM NOTHING TO SOMETHING