The Public Workers Union and the Grenada Union of Teachers have filed for permission to be the claimant in a class action suit against the finance minister, the attorney general and all cabinet members.

According to PWU President Rachel Roberts, the class action suit will address the 2018 salary deductions of public officers.

Roberts says the move is based on the union’s mandate, to represent the workers interest.

Attorney Cajeton Hood, the Grenada Union of Teachers lawyer is representing the PWU in the case.

This latest legal move, she says, is separate from previously filed lawsuit by the unions and staff associations.

She says this matter deals with the entire membership of both the GUT and the PWU and not just teachers affected as other legal matters. 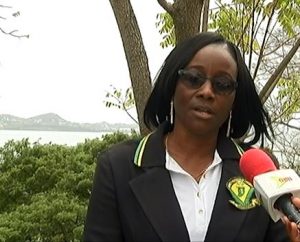