Two St. Andrew residents have been charged with Non-Capital Murder in connection with the death of Ruddell Celestine, 34 years old Labourer of Paraclete, St. Andrew.

Their second court appearance will be on December 9th when his preliminary inquiry is expected to begin.

Villagers say an argument involving missing money is what led to Celestine’s death after the youngsters got into a heated argument at a village shop earlier in the evening.

Celestine was born in Trinidad but had been living in Grenada for the past five years.

The number of recorded homicides for the year is 16. 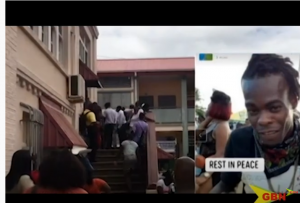