Addressing the matter with the media on Tuesday, the Prime Minister stated that since the responsibility for the mismanagement of government’s cellphone plan is to be shared; the burden of costs should also be shared.

It was Dr. Mitchell’s first time addressing the nation on the matter since his administration was hit by the cellphone gate scandal.

He told the media he is not yet in a position to say what the final plan should be, however Government has had recent talks with DIigicel over the development.

The Prime Minister reported he recently met with the Audit Department and they have taken steps to ensure that the system is tightened, to avoid loopholes.

Reports are that the former government employee racked up an almost $70,000 phone bill between April and June, while on the Government plan.

The Prime Minister says an arrangement will be put in place not only for Mr.Scott.

“The policy is being put in place and arrangements are going to be put in place, Digicel has been in touch so we’d work this together….and since all of us are at fault, all of us have to make sacrifices. I hope that speaks to a suggestion of what am saying, without going into specifics,” he responded to questions on who will be footing the exorbitant bills.

The PM says Digicel’s manage came to see him and several areas to advance controls were examined.

He added that if the matter cannot be satisfactorily resolved, other options, inclusive of giving people a phone allowance could be considered.

Government has since said it has taken steps to remove people no longer eligible for inclusion on its cellphone plan. 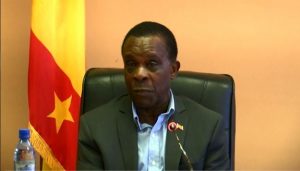