The Catholic Church has embarked on a worldwide three-year process of engagement with members and non-Catholics, a move away from the historical norm of a meeting among bishops in Rome.

It is part of Pope Francis’ decision to include more people in the decision making process of the Catholic Church.

Members of the catholic faith, active and non-practicing as well as members of the Grenadian community are being given a rare opportunity to make an impact on the future of the church.

This as Pope Francis invited the universal church to participate in the Synod process where Catholic Church leaders traditionally discuss and address issues relevant to the church.

Sister Roxanne Neckles of the Sorrowful Mother in Grenada says each local church has the responsibility to listen to the people of God which includes non-Catholics.

Sister Neckles says they are now preparing to engage persons outside the walls of the Catholic Church.

Adrian Strachan member of the Diocese explains how they intend to execute this. It begins with dialogue; listening to what people has to say.

He says a central theme will be drawn from the dialogues held. 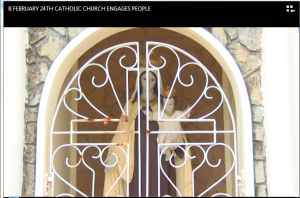