Randolph Lawrence a fifty-two year old resident of London, made his first court appearance on Monday at the St. George’s number one court, charged with non- capital murder.

He was charged in the death of an 81 year old relative, Carriacou resident Charles Joe Allard.

Allard is said to have been found with a stab wound to his chest sometime on August 20th at his home in Mt. Royal, Carriacou.

According to reports, the victim, the stepfather of the accused, shared the same family home at the time of the incident.

Lawrence was remanded to her Majesty’s’ prison and will return to court on October 11th, 2019. 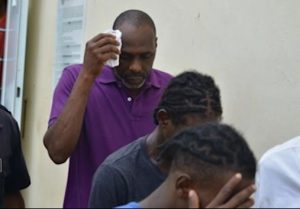