Regional leaders are kicking back at pressures from the European Union, to conform to rules they say hinder development.

Addressing the St Kitts summit, incoming chair Dr. Timmothy Harris commended Prime Minister Chastanet of St. Lucia, for leading a delegation which forcefully made the region’s case to the EU and its agencies, on labelling countries as non-co-operative tax jurisdictions.

“The continuous addition of onerous requirements to comply with new regulations is tantamount to cruel and unusual punishment. The EU and its Member States are going well beyond the regulations and requirements of the OECD, of which they are a part, and with which our countries are largely compliant. Further, the selective application of their strictures does not apply to everyone and has a distinct bias.”

Dr. Harris says these unbridled attacks on the region’s sovereignty and disturbing intrusion into internal affairs harks back to a different era of bending to colonial masters, who imposed laws that restricted development.

“The question that must be asked is this. Why are the revenue earning measures of small states such as ours being deliberately targeted?

The EU preferences for sugar and bananas have long gone.

Financial services are under threat.

The new chair pointed out that denial of correspondent banking services affects country’s tourism sector and capability to engage in international transactions.

To compound the issue, Dr. Harris says many Caribbean nations are unable to source concessional development financing, having graduated out of access by the use of GDP per capita as the major criterion rather than the more comprehensive vulnerability index.

He called for the repositioning of CARICOM to confront and overcome the challenges faced, as a united body. 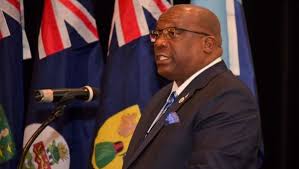 GBN on the cultural trail