For the year 2020, the Royal Grenada Police force has recorded around 25 stolen vehicles which is now a great concern, not only the traffic department but also to  Vehicle owners in Grenada.

According to officials of the RGPF, most of the vehicles have been found as they were abandoned in various villages around the island. 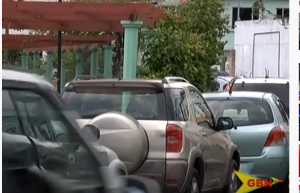