Police operations have resulted in a number of drug busts.

In a major drug haul four hundred and six (406) pounds of cannabis was seized.

The illegal drug was discovered during a joint anti-drug operation conducted by Officers attached to the Rapid Response Unit and Drug Squad, on Monday 21 October, at Duquesne Bay, St. Mark.

Three men are said to be in police custody assisting with investigations.

Another police operation on Monday at the Carenage, St. George yielded half kilo of cocaine.

The seized drug is worth an estimated street value of fifty thousand EC dollars. 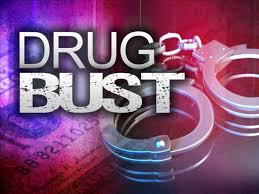