Under the theme “Implementation of the third International Decade for the Eradication of Colonialism:  accelerating decolonization through renewed commitment and pragmatic measures”,the opening ceremony for the 2019 United Nations C24 Regional Seminar was held on Thursday May 2.

Representatives from the regions self-governing territories are present in Grenada for the the Seminar, which is being held at the Raddison Grenada  Beach Resort.

Addressing the opening, Foreign Affairs Minister Peter David reaffirmed Grenada’s commitment to the fundamental principles of the UN charter on the work of the special committee on decolonization.

The year 2020 will mark sixty years since the adoption of the United Nations general assembly’s’ declaration, on the granting of independence to colonial countries and peoples.

The decolonization committee is currently chaired by Keisha Aniya McGuire, Permanent Representative of Grenada to the United Nations and Chair of the Special Committee, who will preside over the Seminar.

Taking recent developments in the Caribbean, Pacific and other areas into consideration, the Seminar will review the situation with respect to the 17 Non‑Self-Governing Territories, including the issue of support from various organizations within the United Nations system and other organizations.

The Special Committee will consider the Seminar’s conclusions and recommendations at its June substantive session, and subsequently transmit them to the General Assembly.

Invited participants include a Special Committee delegation comprising the Bureau and members of regional groups, United Nations Member States, including administering Powers, as well as representatives of the Non-Self-Governing Territories, civil society and non-governmental organizations, as well as experts. 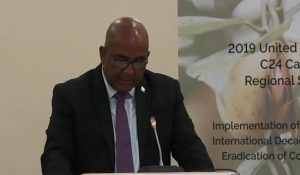 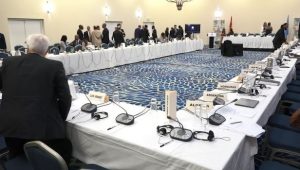