Earlier this week law enforcement officials were able to apprehend and formally charge two bus drivers, after an investigation into a social media video that went viral in august.

Richardson Alexander of New Hampshire and Terrence Mitchell of Maran, St. John, were both charged with one count each of dangerous driving.

The RGPF continues to commend individuals who speak out against unsafe driving practices. 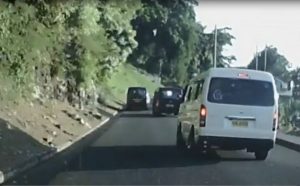 Grenada To Benefit From CARICOM Grant From Indian PM