It may have seemed to be a simple question requiring a simple answer but that wasn’t the case when former political leader of the national democratic congress Nazim burke was asked if there’s a possibility of him returning to the party to lead in the wake of the resignation of Franka Alexis Bernadine; instead he said he don’t want to say things he should not say.

Former Finance Minister Nazim Burke responded to suggestions and talks that he is one of the people being considered to take up the leadership of the National Democratic Congress (NDC) following the resignation of Franka Alexis Bernadine as its political leader.

On Wednesday’s special edition of Beyond the Headlines with Host Mrs Odette Campbell, Burke avoided giving a direct response – saying “I don’t know the answer to that question”.

Burke said he was saddened to learn about Mrs Alexis Bernadine’s resignation due to health challenges; however he is confident the party is resilient to find someone to move forward.

Burke resigned from the NDC as political leader nearly three months after he led the party to a crushing defeat to Prime Minister Keith Mitchell’s New National Party leaving the NDC with zero of the 15 seats.

He informed the nation then that he made the decision to resign by himself and was “not being pushed out by anyone.”

Church was one of the people expelled from the party, after he had quit Thomas’s cabinet in 2010 because of a demotion to a junior ministerial position.

Church said his loyalty now is to the Grenada Movement.

Adrian Persuader Thomas is the interim political leader of the party following Alexis Bernadine’s departure and he says the party is not short of people to take up the leadership position; while General Secretary of the party, Glen Noel, says they are opened to a discussion with Mr Church, if the need arises. 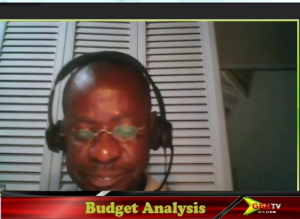