The effects of climate change on our coastal areas have an impact on fisher folk, farmers, coastal communities, tourism and the overall economy of Grenada.

Minister for climate resilience and the environment senator Simon Stiell, spoke on GBN’s to the point program Wednesday morning about some of the adaptation and mitigation plans government has to combat the effects of climate change. 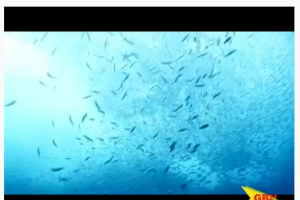