BRITISH PARLIAMENT TO BE SUSPENDED IN SEPTEMBER 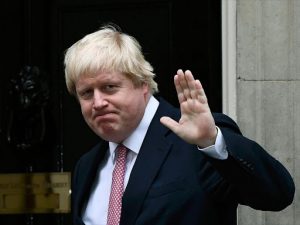 Brexit took yet another chaotic turn Wednesday when a controversial request from British Prime Minister Boris Johnson to suspend UK Parliament from mid-September was approved by Queen Elizabeth.

The audacious gambit wrong-footed the Prime Minister’s opponents by shortening the time available to lawmakers to block a no-deal Brexit.
The news was met with fury by opposition politicians, and even some members of Johnson’s own party, who denounced it as potentially unconstitutional and undemocratic.
John Bercow, the Speaker of the House of Commons, called the move a “constitutional outrage.” Labour Party leader Jeremy Corbyn called it a “smash and grab” of British democracy.
Brexit is due to happen on October 31, and Johnson has promised the UK will leave the European Union on that date with or without a deal.
The Members of Parliament (MPs) — a majority of whom oppose no-deal — now effectively have just a few days before and after Parliament is “prorogued,” or suspended, to pass any legislation preventing a hard break with the EU.
The suspension ends on October 14, after the Queen’s Speech where the monarch lays out the government’s agenda in the House of Lords.
Facebook Comments

SEARCH ON FOR MISSING GERMAN