The Education Ministry says the 2019 CSEC exam results is the best they have had in nine years.

According to information by the ministry, while mathematics remained stagnant at 38 percent, there were notable improvements in many areas.

However Deputy Chief Education Officer Michelle Peters-George says there was a decline in twelve of the thirty-three subjects, most significant of which was Industrial Technology.

In comparison to the region, Grenada noted poor performances in Mathematics but excelled in English and pure sciences such as Chemistry Physics and Biology, the ministry noted 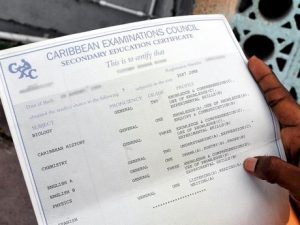