People denied assistance through the SEED programme can again put forward their case for reconsideration.

Minister for Social Development Delma Thomas says assessments are now carried out through a computerized system and not done as favours based on people’s relationship with a particular minister.

The minister added that in cases where someone fails the proximine test they can appeal.

The Social Development minister explained some people may be asset rich without available spend and may fail. However those people can appeal and get the requisite help.

Since the implementation of the program there have not been many cases to address, according to SEED manager Leonora Buckmire.

She says over thirty cases were overruled since the appeals committee was put in place.

Truancy officers are placed in schools the Minister reported, to monitor the attendance of children whose parents receive allowances.

Minister Thomas says should someone be found in default, an investigation will be carried out before they can be removed from the program, as there may be underlying issues.

The appeals committee was appointed by Cabinet and includes representatives partnering ministries such as health and education and other community based organizations. 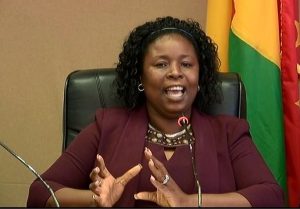