Parliamentary Representative for St Patrick West, Anthony Boatswain, in giving support to the annual stamp tax amendment bill passed on Friday, expressed concerns with the apparent lack of the listing of the financial implications the point seven percent stamp tax has on the Corporate Community and how the proposed exemptions will benefit normal citizens.

MP for St David and Minister for Trade Oliver Joseph, in his explanation of the proposed amendment to the annual stamp tax, says it was as a result of suppliers of petrol products coming forward with complaints that annual stamp tax on gross sales is affecting their business.

Joseph highlights that the petrol dealers are unable to replace their old storage tanks, as well as do other necessary upgrades due to the payment of the annual stamp tax.

Thus government is seeking to include an exemption for the petrol component of the sales from service stations.

He adds that one section would be repealed to allow the Tax Administration Act to take precedence and a subsection inserted to enable the exemption.

Parliamentary representative for St Patrick West Anthony Boatswain says, while he understands the reasoning behind the proposed exemption for the petrol component of the sales, he would have liked a quantification of the revenues generated by the tax previously.

“What is the size of the stamp tax, or the Petrol Component of the total taxes to the dealer? Is it more than 75%, 80%? To some dealer it might be over than 80%. It varies. I want to have an idea of exactly the financial implications, and would the ordinary consumer receive any benefit form that. Yes the dealers will benefit, but will the consumers themselves benefit from such a move” Bowen asked the Parliament.

Joseph in response says the figures for the monies government would lose by the exemption were not ready by the date of the parliament sitting.

However he noted that the profit margins of the companies and dealers are fixed by law. 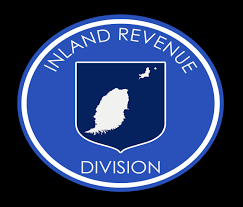