Former agriculture senator Keith Clouden has challenged the Grenada association of poultry producers to take a stand against the ongoing monopoly Caribbean agro industries have in animal feed.

His base for that challenge is from his understanding that the agreement government has with the company is illegal.

As the country reels from the increases in animal feed and flour prices, Former Agriculture Senator Keith Clouden has broken his silence to debunk the Caribbean Agro Industries agreement with government as illegal.

Clouden tells GBN in an exclusive interview that he has reiterated such claims in the past and is again doing so due to the latest developments.

The former senator says during his tenure in parliament, he had called for the liberalization of the animal feed industry.

Clouden who is a farmer by profession, addressing government’s release on the issue, says government is only shedding crocodile tears.

He is advising the farmers’ associations to take the matter to the Caribbean Court of Justice who has jurisdiction on such issues.

President of the Grenada Association of Poultry Producers Jason Phillip had confirmed to GBN that farmers had witnessed a 35 percent increase in production cost in addition to the price increases. 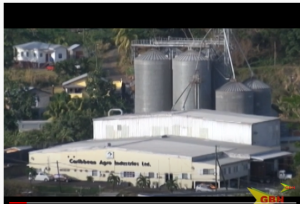