A record number of young and talented artistes competed for the title of Beachjam 23, Soca Mega Hit on what is considered as the largest crowd in any event for Spicemas except Spicemas.

Affa Davi & Chum captured the $5000.00 prize with their hit ‘Ah Go Pay’. The duo captured the largest crowd response. In second place was Kalifa & Mello with their hit song Grand Anse and Nordie & Scatta doing their popular BOP/Air Freshener. The event is a people’s event that calls upon the patron to decide who is the winner by their responses.

The organizers of the event reflects on the twenty three years of its existence and see it as a platform for up and coming artistes whom often do not get the opportunity to move beyond the preliminaries or semifinals of the National Soca Monarch Competition.

According to the event organizer, Shirma Wells, the event plays an important role in the development of the artistes and encourages young talents to aspire. She indicated that most of the Soca Monarchs over the years have been a product of the Beachjam including International Soca Monarch Mr. Killa, Wuzz Wazz, Tallpree, Luni & Electrify and outstanding artistes like Jab king and Lavaman just to name a few.

The event is held annually on the first Monday in August each year on the world famous Grand Anse Beach where thousands of patrons including locals and visitors come together in the biggest Beachjam for Spicemas.

The organizers express thanks to all the participants and the general public for their support. 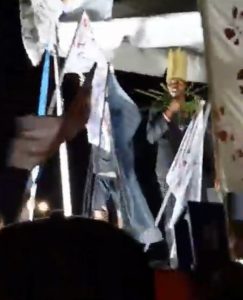