Addressing Concerns of the Legal System

Government is now in full possession of the 2nd floor of the Clico building, which will temporarily house Grenada’s judicial facilities.

This was confirmed on Wednesday by the minster for local government and legal affairs, Kindra Maturine-Stewart.

The court house facility dilemma which has plagued the legal system for over a year should see some semblance of normalcy in the new law term, as Government moves forward with plans at the alternative location.

Minister Maturine Stewart confirmed the second floor of the Clico building is currently being retrofitted to facilitate two civil courts.

The minister added that work will commence on the third floor of the Clico building in a matter of days, which will house the two criminal courts and a mediation center.

Meanwhile, she said a subcommittee has been appointed by cabinet to spearhead the halls of justice project, where a number of consultations have been ongoing.

The minister commended the Grenada Bar association and other parties involved on their continued cooperation thus far.

This will bring the total number of courts in Grenada to 6.

Addressing the issue of insufficient stenographers to produce court transcripts, minister Maturine-Stewart confirmed that two judicial research assistants and one transcriptionist have been appointed to give added support to the department.

In 2018 the unavailability of stenographers led to a few convicted criminals walking free due to lack of transcripts for the appeals court.

According to the legal affairs minister, the recently appointed judicial research assistants who would serve in this post just concluded a training seminar in St. Lucia, which was offered by the Eastern Caribbean Supreme Court. 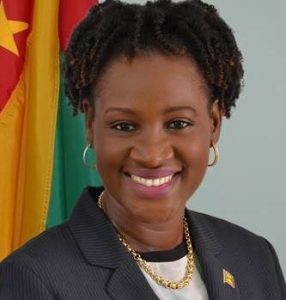