PAY US OR ELSE 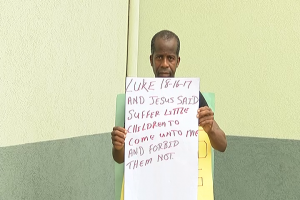 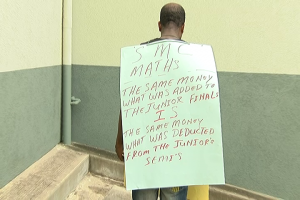 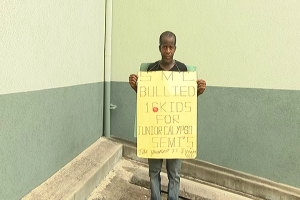 Culture Minister Sen Norlan Cox and the Spicemas Corporation have twenty-one days to come to an agreement with parents of young calypsonians.

Wendell Sylvan, known in the calypso arena as Small Axe, may be heading to court if he cannot get a satisfactory answer to why the prize money was not increased for third place in the junior calypso competition.

Wendell Sylvan wants to know why his daughter, who placed third in the final of the junior calypso competition this year, did not get her increase in prize money, just as those who placed first, second and fourth.

He claims the young artiste was not treated justly and demands an explanation.

SMC had announced that a decision had been taken to increase the prize money for the junior calypso competition this year from three thousand dollars to five thousand dollars for first place, with five hundred dollars added from second to fourth place.

The CEO for Spicemas Corporation Kelvin Jacob told GBN news that the objective was to close the gap that existed in the range of prize money from first to fourth place.

Fourth place also got an increase from one thousand to fifteen hundred dollars.

Minister Cox in a recent press briefing, responded to the nonpayment of appearance fees, saying it was not in the budget.

Small Axe says the minister would be making a mistake to drop the junior calypso competition in 2020.

US HOSPITAL SHIP TO MAKE INAUGURAL CALL TO GRENADA IN SEPTEMBER