Grenada Broadcasting Network will transform the media waves into a cultural landscape, as it will brings live coverage of events on the sister island of Carriacou and neighbouring Trinidad and Tobago.

As five Grenadian acts vie for ISM titles, two appearing in the Groovy Monarch competition and the other three in the power Soca contest, GBN will ensure Grenadians can get a front row seat from afar.

V’ghn and Mandela Linkz open the challenge in the groovy monarch completion and will be followed in the Power Soca by reigning Soca Monarchs, Little Natty and Thunder, Mr. Legz and Mr. Killa.

Managing Director of the GBN Odette Campbell says the GBN’s involvement in carrying the live coverage was a must-do.

She says it was a great moment in the achievement of Caribbean unity, where Grenadian music has made it big in Trinidad.

As the lead broadcast entity on island, there was no other choice but to bring the event live, to ensure Grenadians share that proud moment when their artistes are on stage.

She says it was a collaborative effort.

As a member company of One Caribbean Media grouping, the Network has collaborated over the years to make the live viewing possible.

Meanwhile GBN will also be bringing live and packaged reports from the sister island of Carriacou which is also hosting carnival events from Thursday to Carnival Tuesday.

The network has been providing extensive coverage of Carriacou’s carnival, which is interspersed in local programming throughout the year on GBN Television.

The GBN Managing Director says the network will also carry a live broadcast of the Trinidad and Tobago carnival activities, as part of its commitment to the regional goal of creating a more integrated Caribbean Community. 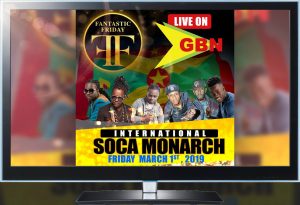 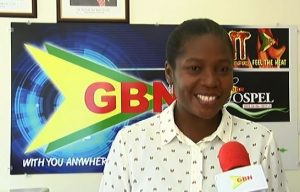 Government moves to secure lights for the National Stadium

Mr. Killa ‘Runs with it’