Trade Unions have boycotted a meeting with Labour Commissioner Cyrus Griffith, called to provide conciliation in the pension and gratuity impasse.

Friday’s meeting was set by the commissioner following the deadlock in talks in January and in response to the referral of the matter by the head of the Government’s Pension Engagement Committee (PEC) to the Ministry of Labour.

A statement from the GIS on Friday stated through correspondence received by the labour Commissioner after the scheduled 9:30 a.m. start time for the meeting, the unions said, in part, that “it would be futile to convene the proposed meeting”.

Separate correspondence addressed to the Chairman of the PEC confirmed that the unions and staff associations “have found it necessary to pursue the demands for pensionable benefits for public officers through the legal process”.

Head of the Trade Union grouping Andre Lewis confirmed to GBN subsequently the unions opted out of the meeting, as the matter had indeed taken a legal route. He said head of Government’s  negotiating team Oliver Joseph and the labour commissioner was appraised as to why the unions could not attend Friday’s meeting.

The commissioner will now report the matter to the labour minister for his mediation, in keeping with the established procedures for settling disputes. 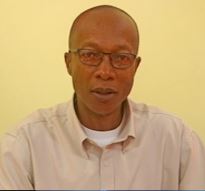